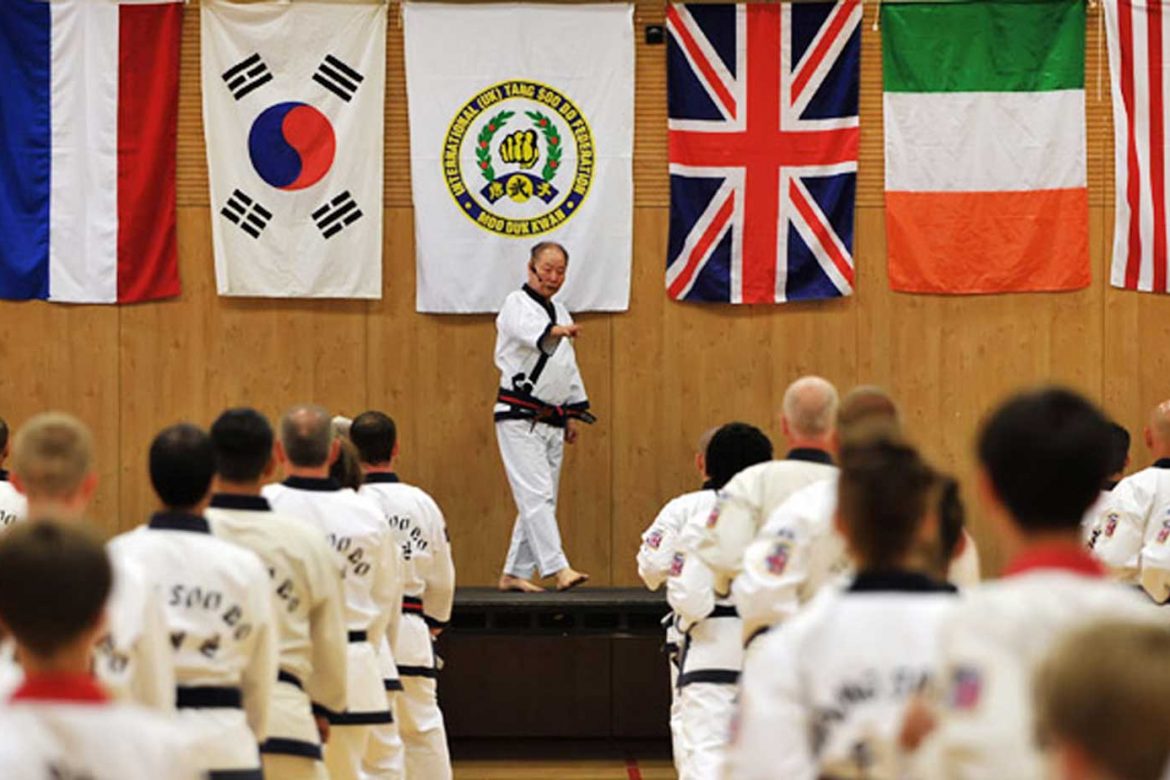 I find something special in all martial arts. For most, the introduction to any style comes from TV or the movies, but step into any training hall and you will find the essence of what it is to train in a martial art.

Tang Soo Do is a striking style of martial art, in that it utilises hand strikes, kicks and blocks. It is considered both a hard and soft style in that not all moves or blocks are done with direct force, the moving in and out of the path of danger offers opportunity to redirect an opponents energy. Having said that, Tang Soo Do is known for it’s kicking artistry!

A Tang Soo Do practitioner does not just learn the various physical moves, they learn style, it’s history and they learn discipline and respect for the art and for other people.

Tang Soo do training consists of forms, one step sparring, free sparring (no contact or light contact), line work (executing the various kicks, punches and blocks in a line) and various self-defense moves.

As an aside, here are just a few names you might have heard of that have links with Tang Soo Do:

For me, martial arts has always been a passion, I was fortunate, having tried several other styles, to have lived in a place long enough and that had enough classes nearby, to have trained to Dan grade over a number of years. Though I have now moved far from those classes, Tang So Do lives with me and I have the same passion now as I ever did.