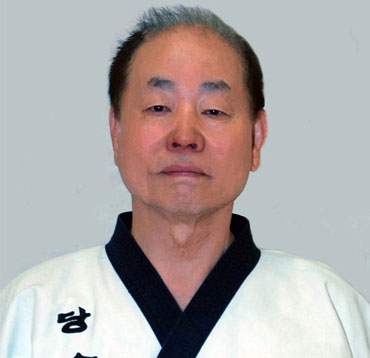 In the world of Martial Arts today there are many Grand Masters. Most are self proclaimed, few are genuine. Not only are the genuine articles hard to find, but most, because of their authenticity, change their original art to a more marketable product. It is refreshing to know that in some branches of Martial Arts we can trace the Art directly back to its founder.

The following is the story of Grand Master Kang Uk Lee. A man who has not compromised his position and the original art he studied and still teaches and trains as he was taught.

Grand Master Lee (10th Dan) was born in Seoul on 24th August 1936 and began his studies in 1948 when he was 12. His instructor was Grand Master Hwang Kee and the lessons took place at the government transportation school. Unfortunately the Korean War broke out in 1950 and curtailed his studies for its duration, but he resumed them as soon as the war ended in 1952.

In 1956 Grand Master Lee began what was to become his lifetime vocation as a full time civilian instructor in Tang Soo Do.

He opened the Ma-Po Gym in Seoul and began teaching both there and as instructor to the military police at their headquarters. He did not stay long however because he was offered a position as the instructor at the Korean Air Force Academy in Jin-Ha (later moved to Seoul), a position he held until 1962 when a forced resignation (because of the Coup d’Etat) was imposed upon him by the new military government.

From there he taught again at the Ma-Po Gym in Seoul from 1962 to 1965. He was appointed as the Chief Instructor and Director of the Korean Soo Bahk Do Moo Duk Kwan Association (which was formed by government registration in 1960) Central Gym by Hwang Kee in September 1965. Grand Master Lee stayed in this position until 1972 when he was invited to Malaysia to become their Chief Instructor, a position that also covered all other South East Asian countries.

The style taught is very traditional as one would expect from someone with Grand Master Lee’s background and great pride is taken in the fact that the style is the original. This fact has attracted many Tang Soo Do groups worldwide into membership of the International (UK) Tang Soo (Soo Bahk) Do Federation headed by Grand Master Kang  Uk Lee.