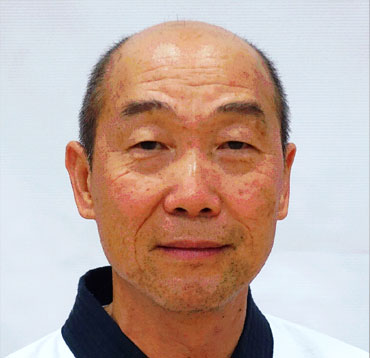 A former student of Grand Master Lee. Teaching since 1976, Master Joseph Tang is Treasurer for the United Kingdom Tang Soo Do Federation (UKTSDF).

I started training Tang Soo Do in the city of Kuching in East Malaysia at the central gym. My first instructor was Master Chung and when he left, our Grand Master Kang Uk Lee became my second instructor. When Grand Master Lee migrated to the United Kingdom, Master K S Shin took over as the resident instructor at the central gym. Unbeknown to Grand Master Lee, I defected to Tae Kwon Do for a period of around 6 months in 1973. It was when Tae Kwon Do was getting popular and it was the talk of the whole city so, like any teenage boy who just wanted to go with fashion, I enrolled for it. I did not get the personal touch in training that I wanted, so I snuck back into Tang Soo Do without Grand Master Lee's knowing, for fear that I might be punished for the temporary defection.

In September 1976, aged 18 years old, I flew into London for the beginning of my A-Level course at a college that was supposed to be in the city Nottingham, but I ended up in the town of Worksop in the county of Nottinghamshire purely by mistake. It was at that college that I got to know Master Chin. Master Chin contacted Grand Master Lee and he instigated us to start Tang Soo Do classes in the north.

I successfully completed my A-Level course in June 1978 and went on to do my degree course in Preston. I started more classes in Preston and by then must have run about a half dozen classes side by side with my studies. I graduated in July 1981 with a Bachelor of Arts (Hons.) Degree in Accountancy.

In June 1982, I had to return to Kuching and Master Y S Lee took over all the classes. I started working as an accountant for a group of companies but with such an involvement in Tang Soo Do in the UK, I knew Tang Soo Do would always be part of my life.

After settling down I started Tang Soo Do classes. The first 6 months were difficult or shall I say very, very difficult with no students turning up at some classes. Eventually, in December 1991, I resigned from my job and turned to teaching Tang Soo Do full-time.